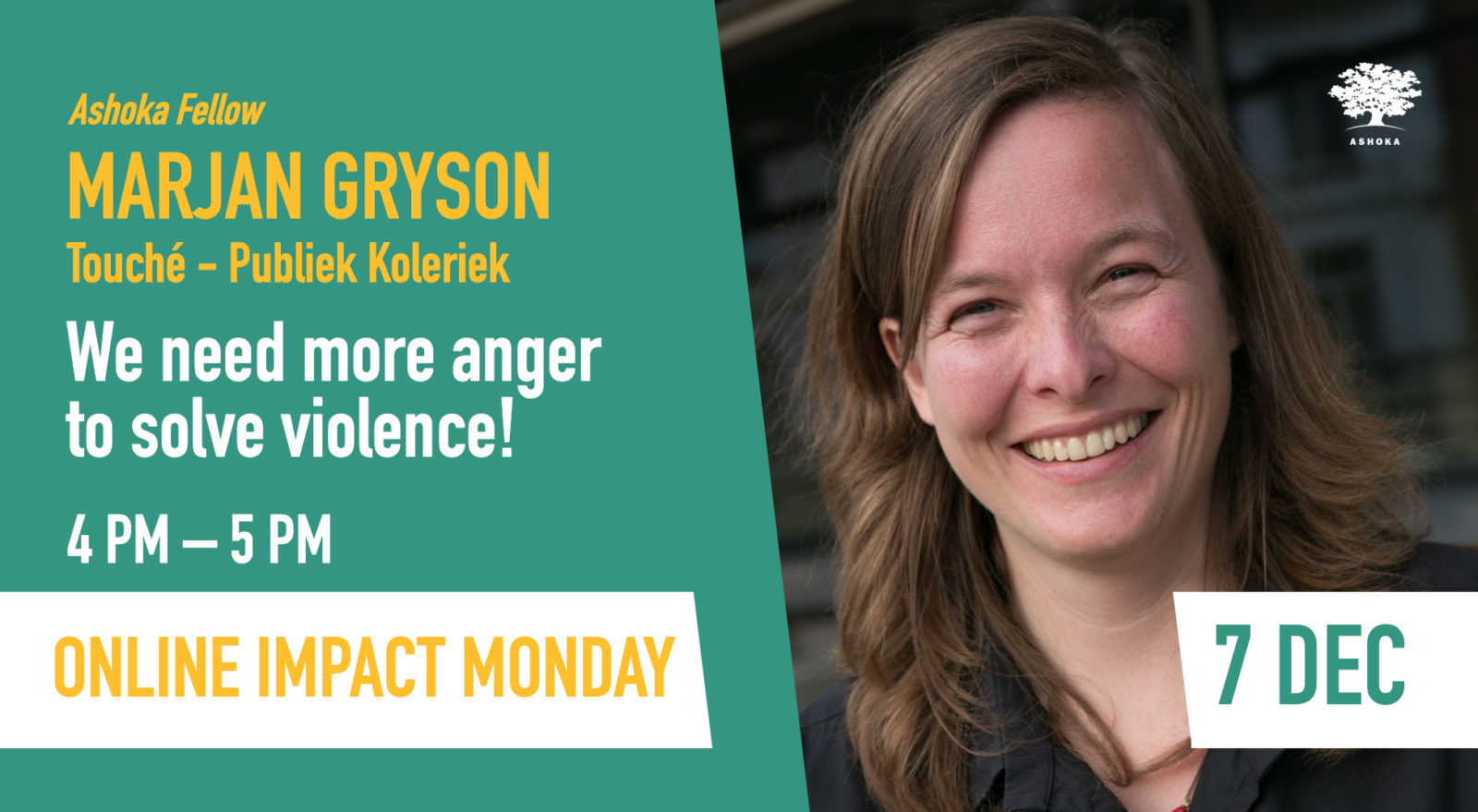 Anger is the cradle for change, the breeding ground for movement, the humus for human and social change. Well-aimed, well-dosed, well-channeled and well-timed, anger can create a lot of beauty and new things. It is best not to polish it too much, because then the fuel will be sucked out with it, but it should also not remain in its too rough form, because it can be painful and harmful. Anger in its best form becomes a useful fighting force.

No anger, no collective climate outrage among young people, no determined athletes, no grinta and therefore no fantastic performances, no passionate leaders without an image of a better world.

We investigate the usefulness, the beautiful side, the benefits, the raison d’être and the positive impact of anger. For example, with Touché we see people in a highly destructive prison system developing ‘positive aggressive skills’. For example, inmates in the prison of Oudenaarde in full Corona crisis became exemplary entrepreneurs, by taking the initiative themselves to convert their sewing workshop for the production of mouth masks for others. They brought it to the New York press and were allowed to speak to the King himself about their project.

For example, young people struggling with aggression get the opportunity to follow boxing sessions at Touché in a project that is now fully organized, designed, supervised, … by people whom we can call our fantastic colleagues, but who in other contexts are labeled as people with a antisocial personality disorder, impulse control disorder, ADHD, learning disabilities, autism spectrum disorders or PDD-NOS, or as gangsters, criminals or (former) prisoners.

How can anger take a useful form and thus become a catalyst for change, innovation, performance and even social impact? We want to strongly and actively invite everyone to dare to address anger, use it and deploy it ‘for the good of all’, to sometimes even ‘pump it up’ a little extra (if only, for example, to get crisp and clear what you actually want). Because anger is not only within people, but often arises between people and can contaminate and move entire groups of people.

There is still work to be done. A number of deep-rooted prejudices about anger ensure that anger in its entirety cannot (yet) reach its full maturity, and that we are still nipping many forms of anger, especially when we see them appearing among certain groups of people, before it can build anything. Journalist Mertens puts it this way: “Not everyone has the same right to anger in our society. Black people are found seething before they open their mouths, gays should not overreact too dramatically, Moroccans wear their anger like a bomb belt. For every deviant there are mechanisms that keep them quiet, prejudices to condemn them.” High time to tackle those prejudices with the necessary anger!