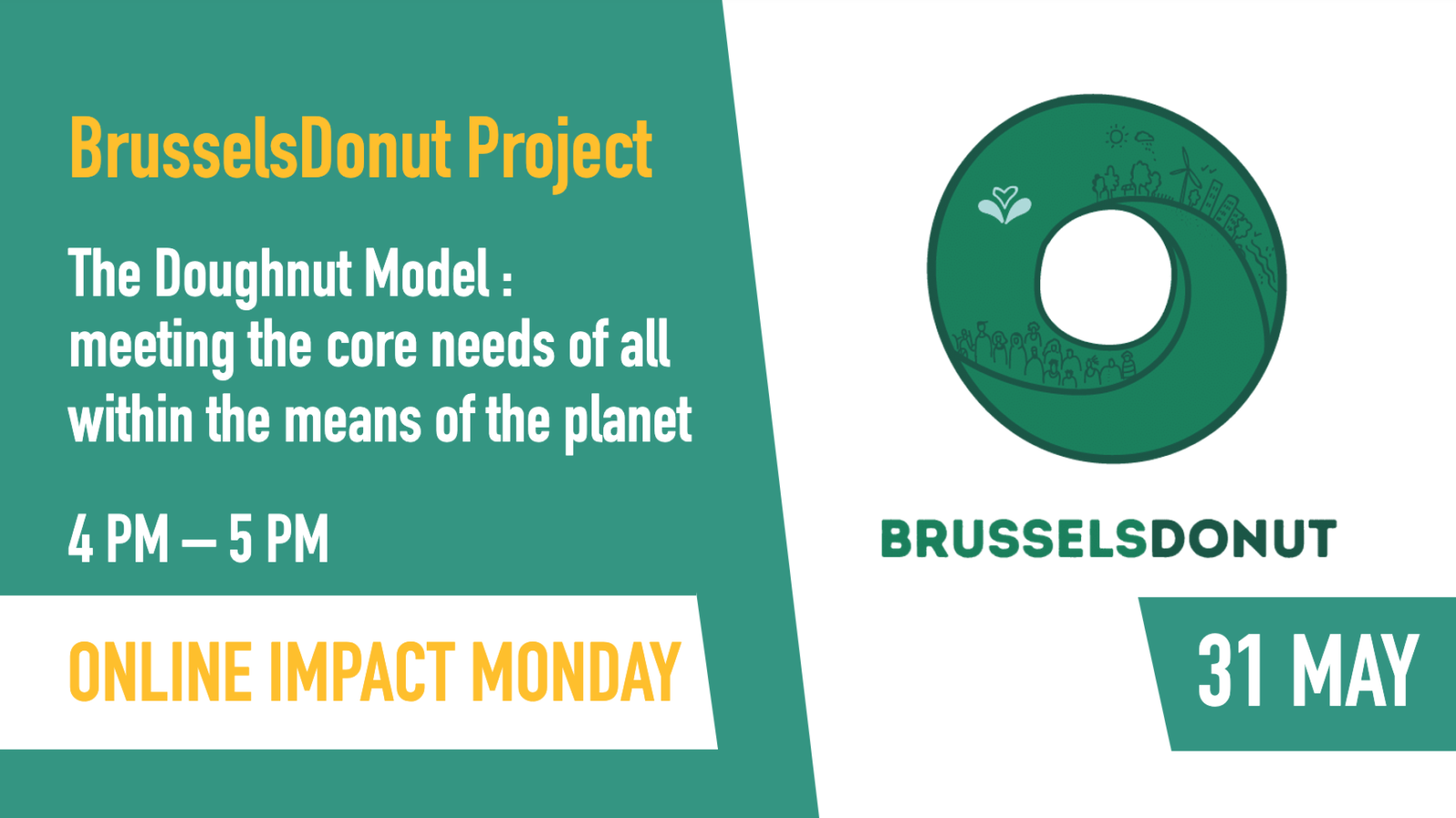 Every day, we can perceive the dysfunctions of an economy centered on growth: recurrent financial crises, extreme inequalities in income and access to resources, destructive exploitation of the environment, etc. We need another model to imagine both our well-being and that of the planet.
The Donut theory, proposed by the English economist Kate Raworth, replaces the general objective of growth with one of prosperity. The image of the Donut represents a social floor and an ecological ceiling – the two limits between which we must redefine our well-being.

The project BrusselsDonut applies the Donut theory to the Brussels-Capital Region. The objective is to have a framework for reflection adapted to the reality of Brussels in order to imagine together, guide and make coherent decisions in favor of the ecological and united transition towards a sustainable society.

The BrusselsDonut team is made up of the non-profit organization Confluences, the ICHEC Managementschool and the DEAL (the Donut Economics Action Lab, the organization of Kate Raworth). The project is being developed with the support of the Regional Public Service Brussels Economy and Employment and in collaboration with the office of the Brussels Minister for Economic Transition.

Laure Malchair, Director at Confluences, a romanist with master degrees in Human Rights & Democratization is leading the BrusselsDonut team. She has a background that has allowed her to immerse herself in very varied professional and cultural universes, but where meeting and dialogue were always central.

Laure will explain in a few words the Doughnut model and the methodology that the project is developing for different actors in Brussels, she will share with us insights, take-aways and impact of the specific Brussels project and spread the call for participation to engaged citizens, social entrepreneurs and impact makers who are also working on this transition.